Lawyer Portal Careers Contact Us
Who We Are
Conduct

The Law Society protects the public interest and promotes a high standard of professional conduct by reviewing complaints regarding a lawyer’s conduct. It also addresses any legal issues that arise during the complaint process.

We are currently meeting 75 per cent of the Federation of Law Societies of Canada’s National Discipline Standards, and we expect this to increase to 80 per cent by the end of 2019.

Due to the current requirements of the Legal Profession Act, we are not able to meet 100 per cent of the current standards without amendments to the legislation.

In 2018, the Law Society’s Intake Specialists received 1,208 concerns about Alberta lawyers. Of those, 424 were directed to Conduct and 784 to Early Intervention. 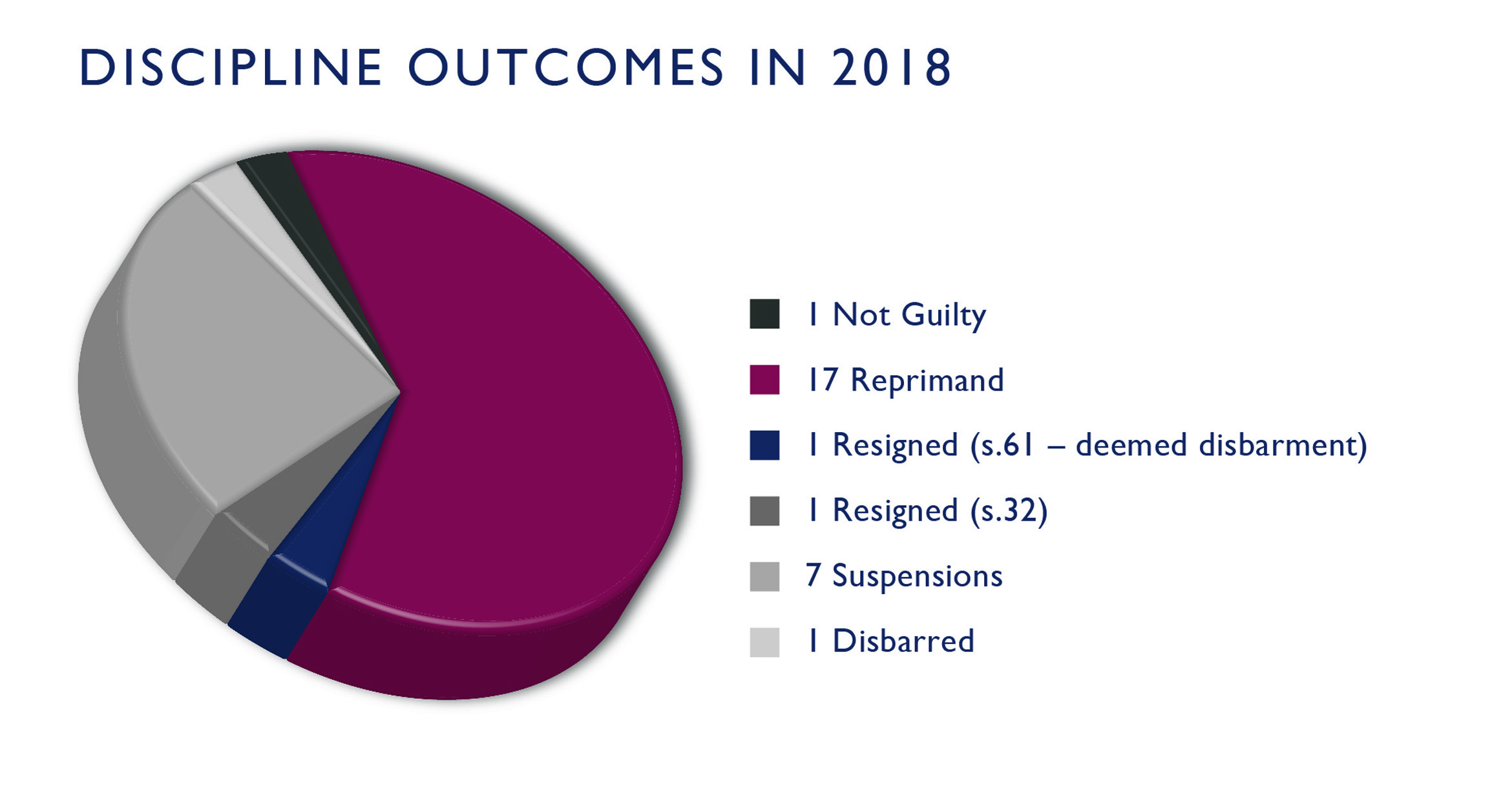 Resignation Committee
When a lawyer applying to resign is the subject of current complaints and discipline proceedings, the lawyer will have their resignation application heard in front of a panel of three Benchers.