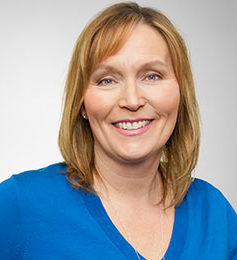 The Law Society of Alberta is pleased to announce that Nancy Carruthers has accepted the role of General Counsel & Director, Regulation, effective immediately.

Nancy joined the Law Society in 2005 as a Practice Advisor, providing confidential ethical and practice advice and delivering educational resources for lawyers. In 2015, Nancy was seconded to the role of Tribunal Counsel to establish the Tribunal Office and a new adjudicator training program. She then became the Manager of Policy & Ethics in November 2017. As part of her role in developing educational resources, Nancy is the Chair of our internal Editorial Board. She also focuses on Code of Conduct development and amendments and is a member of the Federation of Law Societies of Canada’s Standing Committee on the Model Code.

Nancy was born and raised near Saskatoon and graduated from the University of Saskatchewan law school in 1990. She was called to the Alberta Bar in 1991 and the Saskatchewan Bar in 1997. Nancy articled with Parlee McLaws’ Calgary office and then continued on as an associate and partner before joining the Law Society.

Congratulations Nancy on your new role.